Volkswagen vs. the Florida Lemon Law

Scandal Regarding the Volkswagen

If you’ve been following the scandal regarding the Volkswagen “Dirty Diesel” deception, then you know that the German car company has been found violating some serious consumer laws.

What you may not know is what this may mean for those who own one of the affected cars.  Recent developments in Florida have seen owners take action against the car company in an unprecedented use of the “lemon law” (https://www.consumeraffairs.com/news/florida-lemon-law-board-orders-vw-to-buy-back-diesel-powered-car-012116.html).  If you own one of the affected cars, here are the latest developments and how they may impact you (http://www.abcactionnews.com/news/florida-lemon-law-board-holding-hearing-over-volkswagen-emissions-scandal).

11 million Volkswagen vehicles that were marketed as “clean diesel” cars

Last year, it was revealed that over 11 million Volkswagen vehicles that were marketed as “clean diesel” cars, in fact were polluting the environment.  The cars came with software that was intentionally designed to cheat on emission standards tests.  According to U.S. officials, the software would detect when the car was being tested.  In turn, the car’s computer would then turn on the vehicle’s emissions reduction equipment.

Once the testing was concluded, the car’s internal computer would then shut off the equipment.  This would happen while the car was being driven, possibly as a means of saving fuel.  As a result, it would increase emissions of pollutants far above the legal limits set by the government.  (Another theory of the system modification is that it could improve the car’s torque and acceleration.)

Regardless of the reasons for the “cheating,” these vehicles were releasing alarming levels of pollutants, particularly nitrogen oxide, which has been linking to respiratory diseases such as asthma, bronchitis, and emphysema.

As a result of this deception, Volkswagen is undergoing a crisis of faith in the company brand.  Once considered to be a reliable vehicle, the German car company has been mocked relentlessly by everyone from government officials to newspapers to late-night comedians.

The company had its worst quarterly postings in over a decade after it halted the sale of the affected vehicles.  In addition, the company’s overall value has dropped significantly, particularly after CEO Martin Winterkorn resigned saying he was “shocked…(and) stunned” by the level of deception.  Several more executives have been suspended by the company pending a full internal investigation.  The company’s stock has plummeted as investors are worried about the fallout for the company.

Currently, Canadian car owners are already filing class-action lawsuits, and it is expected that similar suits will soon be filed in the U.S.  The company is expecting to have to pay billions of dollars in fines set by the U.S. Environmental Protection Agency.  (Volkswagen has already set aside over $7 billion to take care of these future fines.)  In addition, the company is expected to have to pay out over $2 billion in fines because of carbon dioxide emissions from their cars.

So what does all of this mean for local Volkswagen owners? 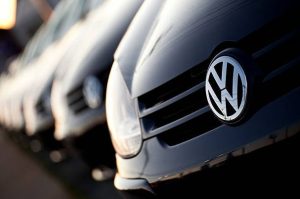 One Florida man, 86 year-old Walter Melnyk, has recently used the state’s lemon law to force Volkswagen to buy back his car from him.  Lemon laws are handled in each state as a means of protecting consumers from products that “repeatedly fail to meet standards of quality and performance.”  Melnyk’s local Volkswagen dealer initially refused to buy back the car.  Melnyk then took his claim before the Florida New Motor Vehicle Arbitration Board.  This is the supervising body that oversees lemon law claims and the board sided with Melnyk against Volkswagen.

Volkswagen was unsuccessful at getting the arbitration suit blocked, and the company was ordered to pay $15,000 for the car that was deemed defective based on the diesel emissions software.  Although Volkswagen has the right to appeal the arbitration board’s ruling, it has yet to do so and they have remained silent when asked to comment on the case. Contact VW lemon lawyer for more information.

If you have purchased one of the millions of cars affected by this scandal, you must realize that you have the right to protect yourself from this unethical corporate action.  The firm of Wolf & Pravato can help apprise you of your rights and advise you on a course of action regarding lemon laws and class action lawsuits.  Please contact the firm to learn more about your rights in this matter.