In case you are not aware, commercial aviation accidents are one of the most high-profile and tragic disasters. A plane crash, as we commonly call it, is a high-profile kind of tragedy because it can incur so many deaths and accidents in a single circumstance. Recent plane crash incidents in Greece and Venezuela remind us of the danger that lurks in air travel.

On August 16, 2005, the plane crash over a remote location in Venezuela caused the death of more than 150 passengers and 8 crew members. The accident was known to have been caused by mechanical problems in both engines but these were found out after the pilots got aboard the plane. Two days prior to the accident, a Greek airline also crashed due to technical problems. It killed more than 100 passengers, more than 40 of whom are children.

On September 13, 2010, Conviasa ATR-42 crashed near the Guyana site in Venezuela because of maintenance failures. It left 15 people dead and 34 injured passengers.

When an aviation accident happens, lawsuits against the negligence of whoever is responsible usually arise. Court cases involving plane crash is often complicated and high-profile. You need to have the best Florida aviation accident attorney for cases like this.

How to Defined Florida Aviation Accident? 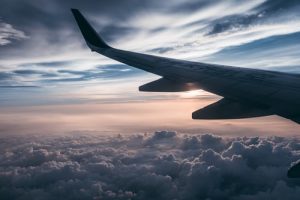 In a stricter sense of the word, aviation accident as defined by the Convention of International Civil Aviation Annex 13 is an incident involving the operation of an aircraft where a person becomes seriously injured, the aircraft incurred damage or structural failure or the aircraft becomes missing or inaccessible. This takes place between the time any passenger or crew member boards the plane with the intention to fly until all passengers and crew members have disembarked. In addition, aviation incident is an occurrence involving the aircraft operations that could affect the safety of the entire operation. For information contact our aviation accident attorney Florida.

What are the Major Causes of Aviation Accident In Florida?

Aircraft accidents can be caused by several factors, although the very first consideration is to examine if it was a pilot error. Other factors of aviation accidents are: 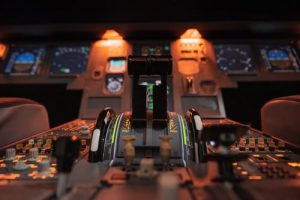 In the last 50 years, it has been recorded that pilot error is the biggest cause of most major airline accidents. Mechanical failure comes next. For more information contact an aviation accident lawyers Florida.

Every day, thousands of people around the world put their lives in the hands of a relatively small number of people and trust these select few to fly them to their destination. And every year, it seems that the images of plane crashes and accidents are burned into our minds—from the missing Malaysia Flight 370 to Captain “Sully” Sullenberger making an emergency landing on the Hudson River. However, the accident is not the end of the situation. Many people don’t realize that they can bring a personal injury case in the event of a plane crash or even an accident that occurs while on the plane. Here, then, is what you need to know about aviation accidents and personal injury cases.

Some Basics on Aviation Accidents

If a plane crash or other type of aviation accident occurs, the Federal Aviation Administration (FAA) and the National Transportation Safety Board (NTSB) will investigate the incident. These two agencies are charged with cleaning up the crash site, collecting debris and evidence, and determine the cause of the accident. As such, they are the first level of determination as to the cause of the crash and if criminal charges should be brought against the airline for the crash. Generally, the most common causes include:

Cause of Airplane Accidents:

If you are injured in a crash or lose a loved one as the result of a crash, then you may certainly be in line for a legal claim. However, there are a few things that you must realize about the case. First, each personal injury claim is unique and this goes almost double for injuries involving aviation accidents. In some cases, the airline and its pilot may be responsible for the case and could be held liable. In other instances, such as failure to maintain the plane, this may expand to include the ground crew that worked and serviced the airplane. If the crash was the result of a design defect, then it may be the manufacturer who’s held liable.

A crash that’s a result of the air traffic controller’s negligence may include both the controller and the airport and its management. Finally, if the government is shown to be negligent in inspecting the planes or in upholding the regulations that it sets, then the FAA or NTSB itself may be responsible. This type of litigation is further problematic because the trial may occur in one of several locations such as the point of departure for the flight, the city of the crash, and so on. Each locale may also institute its own “statute of limitations.” If you do not bring a lawsuit to court before this runs out, then you may not be able to file the suit at all. Because of this highly complicated situation, it is important to trust your case to an attorney who is familiar with such cases and who is ready to wade through the quagmire of legal work to help you reach the reimbursement that you deserve. 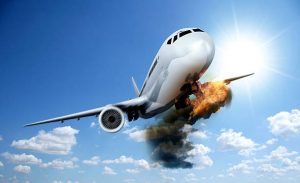 Just as there are a variety of factors in an aviation accident case, there are also a variety of recoverable damages. If you or a loved one is injured in an accident, you may be entitled to restitution for your medical expenses (including future expenses). This doesn’t mean if you are injured just in a crash. This can also include injuries that occur on the plane itself during the flight. You may also be entitled to lost wages and, in the event of death, lost future earnings. A third area includes pain and suffering (including emotional distress). Finally, a jury may award punitive damages to the plaintiff as a means of punishing the defendant for gross negligence. However, some states institute a cap on the total amount that can be paid; for this reason, you need to find an attorney who can get you the most to cover your expenses.

How to File Claims for an Aviation Accident In Florida?

In an airplane crash that does not involve the airline or a common commercial airplane, the regulations are usually patterned after that of a car accident. Unlike commercial planes that are regarded with a higher standard of care, operators and owners of private aircraft may exercise ordinary care in flying their planes.

If a plane crash involves a commercial carrier, the right to damage claims will depend on whether the flight is domestic or international. Two agreements, the Warsaw Convention and the Montreal Protocol cover international flights and some domestic parts of these flights. As stipulated in these international agreements, the airline is held strictly responsible for damages and injuries incurred by passengers.

Due to the limit on the number of liability claims imposed by both the Warsaw Convention and Montreal Protocol, victims or those filing the case on behalf of the victims may show evidence that an accident happened because of “willful misconduct” by the airline. Once proven right, the limits in the agreement will become inapplicable. Take the help of our aviation accident lawyer in Florida.

One such example is the case of the bombing of a Pan American flight in Lockerbie, Scotland in 1988 where the US federal court ordered that the limit is not applicable because of the failure of the airline to conform to anti-terrorist security procedures is found to be “willful misconduct.”

Lawsuits that involve strict liability may be very difficult to prove negligence on the part of the airline employees, the aircraft manufacturer, the maintenance crew, and its component parts because the records and cause of the crash may possibly be inconclusive. Your Florida aviation accident lawyer or the law firm you hired must be able to assist you in proving negligence by conductive a comprehensive review and investigation of all possible angles in the accident.

If a victim can prove negligence and thus a basis for a lawsuit may be possible, other complex issues must be taken into consideration and prepared. These may be the following:

Our Plane Crash Lawyer Help To Preserve Evidence of the Crash

In all cases of an airplane crash, your aviation accident lawyer Florida must take prompt measures to preserve evidence of the crash, conduct a thorough investigation, and contact physicians and other medical professionals to evaluate any incurred injuries by the victims. If you seek compensation contact our aviation accident attorneys in Florida.

Although airplane crashes are not as common as road accidents, it is important that we must know some basic knowledge about liability or damage claims and how to take on the case so that we may have a good background of filing cases for accidents like this. But there is no need to worry if you seem to find yourself in the middle of nowhere, just make sure to get a reliable attorney to guide you on what to do and how to be compensated. These seasoned personal injury lawyers know their thing and can readily assist you with your needs.

The table below demonstrates the causes of major airline disasters for the last 50 years.

The Law Offices of Wolf & Pravato are here to for your Florida aviation accident injury claim today. Our personal injury lawyer Florida will fight for the full and fair compensation you deserve, and you do not pay us a fee until we win. To set up a free case evaluation today, call us at (954) 633-8270.

We are also providing services in another location