Uninsured motorist (UM) coverage is a type of car insurance that covers drivers when they get in an accident with someone who is uninsured. UM, coverage can also kick in after a hit and run accident.

Here’s what you should know about uninsured motorist coverage. 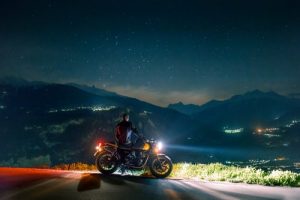 Underinsured motorist (UIM) coverage compensates drivers when they are in an accident with someone who is underinsured. What this means varies by state, but generally, this type of coverage would kick in when the at-fault driver doesn’t have enough insurance coverage to cover your costs or doesn’t carry the coverage required by your state.

There are some key differences between UM/UIM coverage and collision coverage.

States typically require drivers to carry collision coverage in order to drive their vehicles. You could face hefty fines if you drive without this insurance.

Unless your state requires UM coverage, you won’t face consequences for not carrying it.

Do you need Uninsured Motorist Coverage?

If your state requires you to carry UM coverage, then you need it. If not, you should strongly consider it.

Collision coverage only pays for so much after a car accident, and when you’re in an accident with an uninsured driver, you could be out of luck. UM, coverage could keep you financially secure in this situation.

Why you would reject Uninsured Motorist Coverage

People reject uninsured motorist coverage because they do not want to pay for extra insurance coverage. Some people are confident in their ability to avoid accidents or cover their own costs when they cannot.

However, so many people are uninsured or only pay for the minimum insurance requirements that it makes sense for most people to pay the extra monthly fee to keep up with their uninsured motorist coverage.

When would Uninsured Motorist Coverage Apply?

The most common way uninsured motorist coverage would apply would be when you are in an accident with an uninsured driver. However, it can come in handy in other situations as well.

Using Uninsured Motorist Coverage after a Hit and Run

Typically, after a car accident, both vehicles stop, pull off the road to safety, call law enforcement, and exchange insurance information. However, if someone hit your car and fled the scene of the accident, you might be on your own unless law enforcement can find the driver.

However, if you carry UM coverage, you can use it to cover the costs of a hit-and-run accident.

Using Underinsured Motorist Coverage to make up the Difference

If the other driver is underinsured, and their coverage did not compensate you for all your losses, you could use your UM/UIM coverage to compensate for the medical bills and car repair costs left over.

Some states allow policyholders to stack their UM/UIM coverage. This means they can multiply their coverage by the number of cars they have. For example, if you live in a state that allows stacking, instead of having $50,000 for injury per person and $100,000 per accident covered, you could double that if you have two cars on your policy.

Our Firm can help you in an Uninsured Motorist Accident

If you suffer injuries in an accident with an uninsured or underinsured motorist, this complicates the claims process significantly. While you’re recovering from your injuries, allow a car accident lawyer from our firm to take on your case.

We can do the following to help you after the accident:

We can work to prove that your uninsured motorist coverage should apply in your case. If you were in a hit-and-run accident, we can try to find the driver.

Negotiate with the Insurance Company

A lawyer from our team can also negotiate with the insurance company to ensure you get the settlement you are entitled to.

Keep you Informed throughout your Case

You can be involved in your case as much or as little as you want. Regardless of the role, you decide to play, we will give you updates each step of the way.

If you were in an accident with an uninsured or underinsured motorist, call the Law Offices of Wolf & Pravato to see how a car accident lawyer can help with your case. We offer free, no-obligation case evaluations and take cases on a contingency-fee-basis.