According to a recent study that analyzed 20 years of fatal car accident data across the country, several of the most dangerous highways are in South Florida. (Miami New Times) These high-accident roadways include: 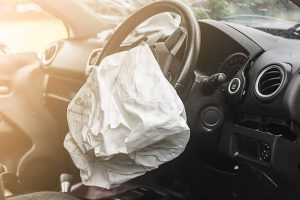 U.S. 1/Dixie Highway is also consistently ranked highly among the most dangerous highways in the state. (Local 10) If you were injured in a South Florida car accident, you could seek compensation for your injuries and losses.

Why Are South Florida Roadways So Dangerous for Drivers?

As Click Orlando notes, Florida is the third most dangerous state to be on the road. Here are a few leading reasons why:

According to dangerous roadway studies, the state’s high-ranking status for crashes is based on the number of fatal crashes reported yearly, the high number of drivers with illegal blood alcohol levels, and the relatively low rate of seatbelt use.

Sun-Sentinel also reported that Florida drivers are the second most distracted in the country, according to driving data collected by motion-sensing apps.

Additionally, population density and roadway congestion in South Florida are contributing factors in these crashes.

With its robust tourism industry, Florida sees millions of visitors every year. (Visit Florida) In 2021, 122 million people traveled to the Sunshine State—which means millions of additional people on the roads driving in rental cars and lacking familiarity with local highways, exits, and the norms of South Florida roads.

According to the Florida Department of Highway Safety and Motor Vehicles (FLHSMV), Broward and Miami-Dade Counties see the highest levels of crashes in the state.

As the numbers above show, there are also a significant number of hit and run accidents in the region. In roughly 25% to 33% of South Florida crashes, one of the involved drivers flees the scene.

Other Dangerous Roads in South Florida

Other local roadways in South Florida pose significant dangers to drivers. In Miami-Dade County, the following roads are known for high accident rates:

Other corridors in Miami-Dade County are subject to significant congestion, which can pose dangers to drivers, pedestrians, cyclists, and other roadway users. According to a local government study for public transit development, nearly 60% of the county’s residents live less than two miles away from the following congested roads:

How an Attorney Can Help After a South Florida Car Accident

If you were hurt in a South Florida car accident, a Fort Lauderdale car accident attorney can help you seek compensation for your injuries and losses. You may be able to make a financial recovery for your medical bills, lost income, pain and suffering, and other damages. 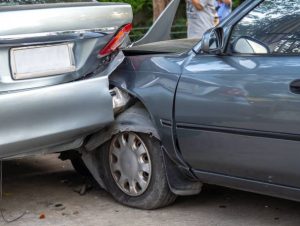 An Florida car accident attorney can help you by:

Contact Our Team to Get a Free Car Accident Case Review

South Florida roadways are dangerous and lead to high accident rates—and you could now be facing the consequences of those dangers. You don’t have to be alone after an accident, though. The Law Offices of Wolf & Pravato can help you understand your legal options and take your next best steps after a crash. Contact (954) 633-8270 to get started today.