According to the Florida Highway Patrol, South Florida accounts for 1/3 of all hit and run accidents in the state in 2012. Miami-Dade saw 12,813 hit and runs, Broward 7,857, and Palm Beach 3,381. There are many reasons why people responsible for causing an accident may leave the scene. They may not have realized they hit something. They may have been intoxicated. They may be afraid of the legal ramifications of their actions, particularly if the accident caused injury or property damage.

What is Florida Hit and Run Law?

Any individual involved in an accident resulting in damage to a vehicle or property must stop their vehicle immediately and remain at the scene until they have provided certain identifying information (Fla. Stat. § 316.06).

Anyone who has been involved in a crash that resulted in death or injury must stop their vehicle immediately and remain at the scene until they have provided certain identifying information (Fla. Stat. § 316.027). In addition to the exchange of information, a person is required to give reasonable assistance to anyone who has been injured due to the accident.

Personal identifying information must be provided to anyone else involved in an accident that resulted in injury, death or property damage; or to a law enforcement officer (Fla. Stat. § 316.062):

What are the Types of Hit and Run Accidents?

Hit and run accidents aren’t limited to collisions between a pedestrian and a car. If a driver hits a car that is parked and unattended and fails to leave a note with contact information, that driver has committed a hit and run.

If there is a collision between two cars and one leaves, the driver that leaves is guilty of hit and run, regardless of whether he or she caused the accident. Additionally, collisions involving bicycles, motorcycles or any type of vehicle on the road can be a hit and run if one of the parties leaves the scene.

What Are My Options After a Hit and Run in Florida?

Even if the other driver is never found, you may be able to collect damages from your own insurance company. You should review your auto insurance policy to see if you purchased uninsured/underinsured motorist coverage. This provision protects individuals who are involved in an accident with a driver that does not have enough coverage to pay for damages, or if the motorist was uninsured.

UM/UIM coverage will also provide damages in the event of a hit and run. Working with your insurance company, however, can be complicated. Even though you bought your policy and pay your premiums, they still don’t want to have to pay you money. For help in dealing with an insurance company after a hit-and-run accident.

Involved In A Hit And Run Accident In Florida

If you were involved in a hit and run accident in Florida, you should call 911 and get the medical attention that you need and create a police report for the incident. 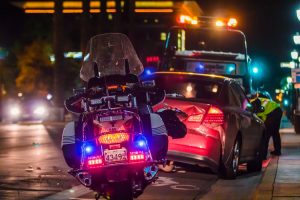 When somebody leaves the scene of an accident, many would assume that the aforementioned individual did something wrong. Why else would a person leave the scene before exchanging information with the other driver?

The fact that the liable driver involved in a car accident left the scene precedes their excuse for leaving. You may be entitled to compensation if you were injured or suffered losses due to another driver who left after hitting your vehicle.

A lawyer can help you identify the next steps in pursuing compensation. Whether the defendant in your case was charged with leaving the scene or not, you may be able to bring a case in civil court.

Our Attorneys Help in a hit and run investigations:

A hit and run accident attorney can help you pursue awards by:

If your claim is successful, you could collect compensation covering:

The above include just some of the forms of compensation that you may be eligible to receive.

Contact Our Lawyer Today to Learn More About Your Compensation

A hit-and-run accident lawyer will listen to the details of your case. Our legal team will help you move forward in your case for compensation. Call the Law Offices of Wolf & Pravato today at (954) 633-8270 for a free consultation.

We want to help your family in any way we can. Reach out to us as soon as you can, because the statute of limitations after an injury may affect your case.

For more information regarding your rights after an accident regardless of the cause of the car wreck, contact the experienced Personal Injury Lawyers in Florida from Wolf & Pravato – 1-954-633-8270.

We help the victims of other practice areas: