4 Secrets Your OBGYN doesn’t Want You To Know

One of the most beautiful and enduring parts of many women’s lives is giving birth. It has almost become a cliché, but the pain and anguish and discomfort of the birth process is forgotten by the warmth of holding your child in your arms for the first time and hearing that first cry. As such, a great deal of faith is placed in our OB/GYN doctors who we trust to take care of us and make sure that the birth is successful and both mother and child are healthy afterward. When a doctor betrays that trust, it can rob a woman of vital experience and potentially scar her for life, both physically and emotionally. Unfortunately, many doctors are doing just that out of fear of being sued, and, as such, they are committing OBGYAN malpractice of a different sort.

“Over seventy percent of all obstetricians have been sued at least once.”

1) OBGYN’s Have the Highest Malpractice Premiums 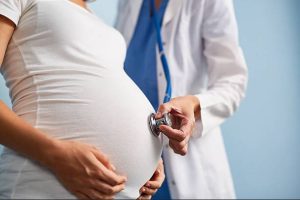 With the exception of neurosurgeons, obstetricians have more lawsuits brought against them than any other type of specialty in the United States (http://www.ncbi.nlm.nih.gov/). In fact, over seventy percent of all obstetricians have been sued at least once, with settlements usually exceeding $1 million. That is why obstetricians have one of the highest premiums when it comes to OBGYAN malpractice insurance (averaging $200,00 per year); there are so many potential complications that arise from pregnancy that they are more likely to be sued. It should come as no surprise then that obstetricians go to great lengths to make sure that they do not get sued. This can include taking extra caution in procedures and being sure to not work when they are exhausted from long hours in the delivery room. However, it has also led some to play fast and loose with the truth about a patient’s medical care.

2) 20% of Doctors lie in order to avoid being sued

According to a recent survey, as many as twenty percents of doctors, OB and otherwise, have admitted to not informing about mistakes that they have made with a patient’s care in order to avoid being sued (http://content.healthaffairs.org/). Ten percent of doctors admitted to outright lying about mistakes that they have made. For legal help contact OBGYAN malpractice lawyers.

“Fear of being sued is actually pushing the doctors to perform more C-sections. “

In the past fifty years, the number of C-section births in the United States has jumped dramatically, from less than five percent to almost thirty-two percent. It would seem that this increase would contribute to a higher survival rate for pregnant women facing complications, but American women are four times more likely to die from childbirth than many other industrialized nations. The fear of being sued is actually pushing doctors to perform more cesarean section errors. In 2009, almost thirty percent of obstetricians admitted that they used surgery as an option more often because of the OBGYAN malpractice pressure. They, in turn, are putting more pressure on women to have C-sections, robbing the women of vital life experience.

4) The negative effects of having a Cesarean Sections 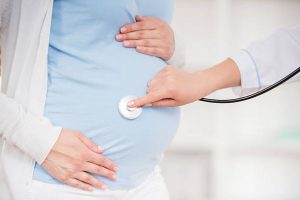 Some of the research coming out today suggests that there are major potentials for issues if a woman has a C-section. Particularly, they can lose too much blood and need transfusions, they may develop serious infections in the surgical site, and they may have trouble breastfeeding later due to hormone issues caused by the surgery as opposed to natural childbirth. In addition, if a woman gives birth through C-section, it is very unlikely that she will be able to give birth vaginally with a future pregnancy. This is because most doctors will not risk the chance of uterine rupture, which can result in death for the mother and child. However, this “risk” is actually less than one percent. It really boils down to doctors being afraid of lawsuits. In addition, many hospitals are pushing this out of fear of obgyn malpractice but also because C-sections are faster deliveries that result in quicker operating room turnovers. It all eventually comes down to the almighty dollar and the bottom line.

If you feel that your care has been compromised by a doctor who was more worried about protecting himself than taking care of your child, you have options. No woman should be forced to have a medical procedure that she does not wish to have or that is not truly medically necessary. If this has happened to you, contact the law offices of Wolf & Pravato to find out what your rights are in these circumstances.

We also help the victims of medical malpractice in the following cities: