Are Fort Myers DUIs Caused by Millennials or Boomers?

When it comes to driving under the influence (DUI) and drunk driving crashes, most Fort Myers DUIs are not caused by Millennials or Boomers. According to the National Highway Traffic Safety Administration (NHTSA), young adults are most likely to cause drunk driving crashes. The age bracket that causes the most of these collisions—27 percent—is between ages 21 and 24. They are Generation Z. 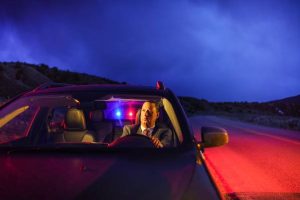 The next largest group that causes fatal alcohol-impaired crashes falls between ages 25 and 34. They cause a quarter of all drunk driving accidents nationwide. They are the oldest members of Generation Z and the youngest Millennials. While there are no recent statistics available for Fort Myers alone, this trend is likely true in Lee County, FL as well.

According to the Florida Department of Highway Safety and Motor Vehicles (FLHSMV), Lee County had several drunk driving crashes in 2021. This included:

In total, DUI played a role in 363 accidents. Of those, there were 251 reported injuries and 47 deaths. As you can see, it is not unusual for drunk driving accidents to cause significant injuries to victims.

Do Boomers Cause Drunk Driving Accidents?

While people from all age groups drive drunk and cause collisions, it is more common among younger people. According to the Centers for Disease Control and Prevention (CDC), the risk that young drivers will cause a collision is higher than for older adults and seniors at all blood alcohol levels. While Fort Myers does have a significant Boomer population, the city also has a lot of young people. Most of the population is under age 65.

According to the U.S. Census Bureau, between 20 and 25 percent of the Fort Myers population was over age 65 in the 2020 census. This includes many Boomers who were born between 1946 and 1964. Millennials, meanwhile, include those born between around 1981 to 1996. They are the largest population group currently in the United States.

DUIs Are a Significant Hazard to Others on Fort Myers Roads

Nearly 30 percent of all traffic fatalities occur in a DUI collision. Drunk and drugged drivers pose a major risk to themselves, their passengers, and others on the roads, including pedestrians and bicyclists.

Alcohol has significant effects on the body, and those who are near the legal limit or above could experience some or all of these:

These effects can make it difficult to keep the vehicle in the lane, drive at an appropriate speed, and brake when necessary. In addition, drunk drivers may make other poor decisions behind the wheel, such as not judging distance accurately or failing to yield when turning.

DUI Laws Can Lead to Serious Consequences Upon Conviction

Florida, like other states, has strict laws about driving under the influence. Those convicted of a DUI offense could face losing their driver’s license, going to jail, paying fines, and more. In addition, they will have a criminal conviction on their record and have to explain it to employers and others.

If they have a previous conviction or cause serious injuries in an accident while drunk, they could face increased penalties because of additional charges or upgraded charges. In addition, some may face felony charges.

When a driver causes a serious injury accident, they could also have to go to trial in a civil case. While Florida has no-fault accident laws and most crash victims recover compensation through their personal injury protection (PIP) insurance coverage, they can sometimes pursue fault-based damages depending on the situation and injuries suffered. This type of claim or lawsuit could allow the victim to recover:

Punitive damages are how civil courts penalize drunk drivers and other parties who act in an extremely reckless and negligent way and cause harm to others. Unfortunately, they are not automatically available in all drunk driving accident trials and are not recoverable through insurance claims.

An Attorney Can Help You Determine Your Options

If you were hurt in a collision caused by a drunk or drugged driver in Fort Myers, a South Florida car accident lawyer could help. Many personal injury lawyers in Fort Myers offer free case reviews, so you can start by discussing your legal options through a consultation. In addition, you can learn about your rights and how Florida car accident laws will affect your options and recovery. 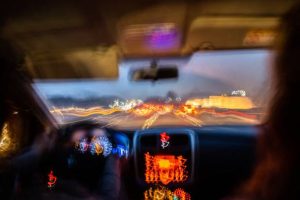 It may be possible to seek and recover significant compensation based on the injuries and damages you suffered. In some cases, accident victims can hold the drunk driver legally responsible in civil court in addition to their criminal court case. You may even be able to pursue civil action if there is no criminal conviction.

Our Fort Myers car accident attorneys from the Law Offices of Wolf & Pravato represent car accident victims in Fort Myers and other South Florida communities. We will talk with you today for free. You can get answers to your questions and learn about your next steps. Call (954) 633-8270 to get started now.