According to the Miami Herald, Florida ranked sixth out of all states in terms of railroad crossing accidents. Florida is not necessarily a state known for reliance on train travel, especially outside of its tourist hotspots, and this ranking indicates that there are serious problems afoot.

If you or a loved one was involved in an accident that involved a train, inadequate safety protocols by train operators and the company that hired those operators may be a cause. You could be eligible for compensation for any losses that you sustained in the wake of a train pedestrian accident. A Florida train accident lawyer can discuss your case with you and help you explore your options.

The State of Train Accidents in Florida 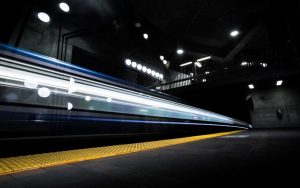 There were 462 documented accidents between trains and pedestrians in Florida between 2014 and 2018, according to a study discussed in the Miami Herald. Brightline, a private passenger rail service that operates between Miami and West Palm Beach, is particularly dangerous. It has the worst death rate per-mile of any railroad in the country, according to NPR.

NPR also reports that more than 40 people have died crossing Brightline tracks or standing in proximity to a rail crossing in just its first two years of operation in Florida. Inadequate safety measures by train operators and their employers can lead to serious injury and death.

Those who allege that train companies are at fault for the outsize number of train-related deaths in Florida point to several possible explanations, including:

The speed and weight of a train pose a tremendous danger to a person, as trains are very difficult to stop suddenly. If you have lost a loved one in a pedestrian accident with a train, you may have a case for awards with a Miami train accident attorney.

Companies who operate trains, especially those that run through dense civilian centers, have a responsibility to protect citizens from harm. Citizens also have a duty to act in a way that is not considered reckless. But, under FL § 768.81, even someone partially responsible for the injuries or death could collect compensation.

As previously mentioned, a train company may have been negligent with respect to your loved one’s accident by:

These are just a couple of the ways that a train company may make themselves liable for your loved one’s accident.

A Florida train accident lawyer will discuss your case with you at no cost and help you put together a case for compensation, which, if successful, could lead to you obtaining financial coverage for:

We also help the victims of a train accident in the following cities: