Who Is Responsible If a Driverless Car Crashes?

In this world of technology-loving people, autonomous vehicles are getting popular. An AAA national study shows that about 60 percent of people in America want more upgraded automatic features in their vehicles.

A burning question is: How safe are driverless cars?

It is an estimation of 1 fatality per 320 million miles drive.

The popularity of these driverless cars is raising the question of legal liabilities. It is claimed that driverless cars are four times safer than manual cars in auto-driving mode.

Although fatality rates are lower, it can be complicated to determine the liability of accidents involving driverless cars. For this reason, about 54 percent of people feel less secure about allowing driverless cars on the road, even with improved safety features. 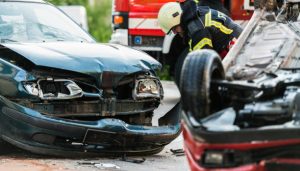 Ironically, a report forecast that by 2040 roughly 33 million autonomous vehicles will be on the roads. It indicates that we need to get ourselves used to driverless cars. However, companies are doing tests and research to ensure complete safety for everyone.

But whom do you sue or whom do you ask for payment when a driverless car bangs you, your property, or your expensive vehicle?

With the increasing popularity and rate of driverless cars on the road, the relevance of the question is also increasing. Let’s dig deep.

Who is responsible for a Driverless Car Crash?

These days, most autonomous cars you see on roads are level two or lower (partial-autonomous or driver assistance). According to the current legal structure, it is not the responsibility of a machine to drive safely. It means the driver behind the wheels is liable for a crash on their negligence. The driver needs to be fully attentive and should alter the speed and steering when required.

However, car accident claims may take product liability actions for driverless cars. The legal theory says, if a manufacturer manufactures and markets a car as a truly driverless car, then he is responsible if the car fails to perform the same and causes injury.

An incident was recorded in which an automation vehicle failed to recognize an 18 wheeler truck on the highway and crashed into it. The vehicle was in automation mode. In this case, the liability is of the manufacturing company.

However, marketing hype has somewhat muddied the question of liability. Some companies tricky market their products as full self-driving without an autonomous driving system. Some say FSD is an advanced driver-assistance system. But in actuality, they automate lane-keeping and other such driving elements only; however, drivers still have to control what happens behind the wheels.

US regulators and safety investigators have blamed the negligence of human drivers for fatal accidents involving any automation cars.

When a car with a truly automated system hits the road, the entire responsibility shifts from driver to manufacturer and software designer.

According to legal theory following parties are potentially responsible for failure:

The Reason behind the Automatic Car Accident 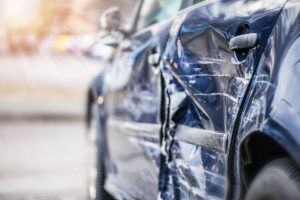 It is crucial to understand the reason for the accident. Luckily, most autonomous vehicles maintain electronic data. It makes the determination of the reason for an accident easier.

In case an accident has occurred due to a product or manufacturing defect, the manufacturer or maintenance company is held liable.

In a nutshell, liability for automated cars or driverless cars by the courts using the existing laws and new facts for the specific incident.

Are you a Victim of a Driverless Car Accident?

We understand getting into an accident is a tiring experience, both mentally and physically. It becomes even more exhausting when you are not a pro at legal issues. When you have the assistance of an experienced and knowledgeable legal team, it gets a little easier to deal with the insurance company and the assailant.

Our team of experienced Fort Lauderdale car accident attorneys is always here to help you in this tough situation. The best you can do is connect with the legal team at the Law Offices of Wolf and Pravato to discuss your case with one of the best accident attorneys.