What Happens If You Hit Someone While Jaywalking?

Jaywalking refers to a pedestrian crossing a street in a non-designated pedestrian walkway. It is a citable violation of traffic laws for pedestrians. 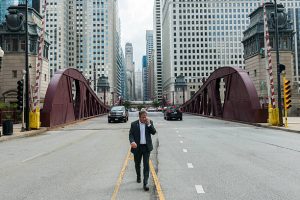 For a pedestrian, it is unlawful to cross the road in the space between two intersections. Instead, they should cross at the crosswalk or intersection that is nearest. Jaywalking is a dangerous practice that can lead to increased possibilities of pedestrian-vehicle collisions.

In the 1920s, there was no need for street rules, for example. However, once the use of vehicles increased, it became mandatory to create laws that protect both drivers and pedestrians. Jaywalking is now considered a misdemeanor and usually comes with a fine.

What Happens If Your Car Hits a Pedestrian While Jaywalking?

First of all, no matter the type of accident you get into, do not leave the scene. Instead, you should immediately park your vehicle to the side of the road. Call the police immediately to inform them about the accident. If needed, call any other emergency services to treat injuries and begin the investigation. 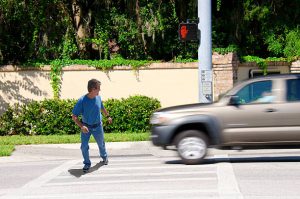 Take the steps that should be taken in any other car accident. Start by exchanging personal information, such as name and contact information. Take the scene pictures including, the damages to your vehicle, the spot of the accident, and other significant pictures that can support the claim that the pedestrian was jaywalking, which caused the accident.

If there are any witnesses, you should take their statement and other essential information such as name and contact number. Try to gather as much information as possible. It will support your claim to prove that the pedestrian was jaywalking and thus at fault for the accident.

Am I Responsible for Their Injuries?

As an automobile driver, you must drive reasonably and watch for road conditions. It is your responsibility to drive in a manner that does not endanger the safety of others. 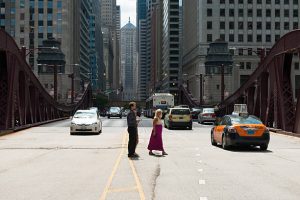 As a result, you can be at fault for hitting a pedestrian on the road. Hence you should always focus on the road ahead, especially in residential areas or near schools and hospitals. If a pedestrian is walking on a sidewalk, do not assume they will not come onto the street.

Sometimes pedestrians are distracted by texting or using their cell phones  to make calls. and might not pay attention to the cars on the roadway, even if a car is coming their way, and get hit by it. In this situation, pedestrians are at a great fault but the driver is also considered at fault as they had the opportunity to avoid the accident but did not take advantage of it because of their negligence. A driver has to do everything possible to avoid the crash, whether the pedestrian is following the rules or not.

Drivers are considered more at fault in a jaywalker accident in the following situations:

When is the Pedestrian at Fault?

To prove the liability of pedestrians, the following three main elements are required:

A pedestrian is liable for a collision if they contributed or caused the accident by being unlawful or breaking jaywalking law.

Contact Us at The Law Offices of Wolf & Pravato

Do not panic and Contact our Fort Lauderdale Pedestrian Accident Lawyers at the Law Offices of Wolf and Pravato if you have accidentally hit a pedestrian by a car while jaywalking. Our expert team of lawyers will access your case and help you fight along with winning fair compensation.