A fatal accident that leads to death occurred on southbound I-15 near 14600 South around 3:20 pm. According to the Utah Highway Patrol, two motorcyclists were riding separately on their bikes when the one in front ran over a piece of debris on the road. However, nothing happened to the first driver.

The second driver lost his control and crashed into the left side concrete barrier and went down. The driver was later identified as 56-year-old David Wagman of Philadelphia, Pennsylvania. He sipped 50 yards with the bike before coming to a stop in the HOV lane.

Wagman was immediately transported to the major head trauma center by Utah Highway Patrol and was later pronounced dead.

The officials believed that Wagman was wearing a helmet yet the face shield was up. However, the first driver is still not sure whether debris caused the accident or not. The investigators have collected debris from the scene to determine the cause of the accident.

Motorcycle Crashes in the USA 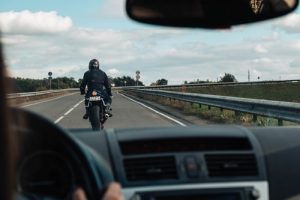 This news has again created a hullabaloo in the USA looking at the road safety measures and the high amount of deaths caused by such accidents.

Compared to cars and other vehicles, motorcycles are less stable as well as less visible and often have high-performance capabilities. During a motorcycle crash, the riders are not protected by an enclosed vehicle and are more likely to be injured or killed. The Federal Government estimated that per mile traveled in 2018, the number of deaths on motorcycles was as much as 27 times more than in cars.

In this, serious head injuries were common which made the use of helmets necessary. Helmets are approximately 37% effective in preventing motorcycle deaths and 67% effective in averting brain injuries. However, only 18 states and the District of Columbia have mandatory helmet use by drivers.

The U.S. Department of Transportation’s Fatality Analysis Reporting System (FARS) found a total of 5,014 motorcyclists died in crashes in 2019. Motorcyclist deaths had been declining since the early 1980s but began to increase in 1998 and continued to increase through 2008. Motorcycle deaths accounted for 14 percent of all motor vehicle crash deaths in 2019 and were more than double the number of motorcyclist deaths in 1997.

Motorcycle accidents can occur due to several reasons. Usually, any kind of negligent act from the driver or the other person can result in an accident. It includes

If we talk about Florida, failure to yield or recognize motorcyclists in traffic results in the number one reason for motorcycle accidents. This can also be caused by motorcycle drivers who do not pay attention to the traffic laws and exercise poor care when making turns at intersections. Usually, left-turn accidents are commonly caused by drivers who

How a Motorcycle Accident Lawyer Can Help You?

A Fort Myers motorcycle accident lawyer can help you in handling your claims against insurance companies. The attorney reviewing your medical bills, property damages, and other losses can ask for compensation from the insurance company.

If you have been involved in a motorcycle accident, you might need urgent legal advice. Recovering compensation following a crash without an attorney by your side can become difficult.

An attorney can explain your options for pursuing compensation for your losses which could even be compounded by circumstances as medical malpractice. The Fort Lauderdale motorcycle accident attorney will collect all the relevant information and evidence to support your compensation claim. To help to build your case, your attorney will

Contact Us at The Law Offices of Wolf and Pravato

If you or your loved ones have been involved in a fatal motorcycle accident, receiving your compensation for the same is important. An attorney can help you in understanding your legs right and help you in receiving the amount you deserve.

We suggest you contact the Law Offices of Wolf and Pravato who have a team of seasoned and experienced lawyers that can help you in getting your compensation.