Motorcycle Crash Rate in the US by Year

Motorcycle Crash Rate in the US by Year

One question that most of the commuters think about is the danger involved in riding a motorbike. Most of us think that motorcycle fatalities and injuries are mostly the ones that occur in motorcycle racing. However, that’s not the case. Going through this article, you will know that the general commuter forms the majority in this fatal list. So, here we go through the risks involved in riding a motorcycle and some stats that will prove the same.

Deaths and Injuries Per Year

A simple google search will be enough to find out that the number of motorcycle fatalities in the US has been increasing in the last two decades. The number of deaths that used to be around 3000s and 4000s in the 70s and the 80s had been drastically reduced by the late 80s to the range of 2000s by the 1990s. The numbers had started rising by the mid-2000s again and have been above 4000s since. The number of injuries has also been in very high numbers above 80,000 and has even crossed 100,000 once in 2007. 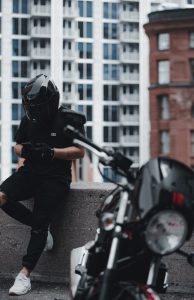 Most of the fatal motorcycle accidents are head-on collisions with passenger cars. Among them, the most common occurrences are when the cars turn, and the other situation is when a biker tries to go past a car.

Other risks involved with motorcycles are the objects that come onto the road other than vehicles. These objects could be potholes, animals, or even uneven pavements. Another risk in motorcycles is to obtain proper breaking during a panic stop. Most of the accidents occur due to loss of vehicle control during the panic of a sudden turn or sudden disturbances in the road. Contact motorcycle accident lawyers now.

The main distribution will be to categorize them into fatal and non-fatal injuries. Based on reported fatal accidents, there are 80% more chances of injury or death on a motorcycle than on passenger vehicles.

Compare the Accidents Involved with Other Vehicles

As the stats have observed that most of the recorded vehicle accidents and the vehicle accidents that resulted in deaths include motorcycles, it will be advisable to make a proper choice while getting a motorcycle. Most of these accidents are due to loss of control while making a turn or while taking over another vehicle. So, a better way to go about it will be to look for a motorcycle with good control and braking and avoid unnecessary take-overs on the road.

Another important thing to consider is that many of the two-vehicle collisions, including motorcycles, had occurred when the other vehicles could not spot the motorcycles while crossing the traffic. So, it is highly recommended to always be in the line of sight of other vehicles on the road.

We, at Law Offices of Wolf & Pravato, can take care of the legal process of the car crash. With our assistance, you can file a claim for your compensation and expect a winning trial. Get in touch with us right now to seek our help.