It’s every parent’s nightmare. You take your child to the doctor, only to find out that he or she has some debilitating disease that will impact not just a few weeks or months but the rest of their lives. Unfortunately, for many parents, this is no nightmare but a stark reality.

According to the United States Centers for Disease Control (CDC), approximately 0.004% of children born in the U.S. have cerebral palsy. Although this may not sound significant, it impacts 4 out of every 1000 births and is the single greatest motor disability in children. That is why early diagnosis and therapy is so important. Unfortunately, cerebral palsy is also one of the most misdiagnosed disabilities in young children.

What is Cerebral Palsy?

Cerebral palsy is actually an “umbrella term” because it covers a variety of disorders. All of them share one thing in common—they inhibit a person’s ability to move. Cerebral palsy can be caused by damage to the child’s brain when it is still developing. However, this can occur either while the fetus is in utero or after the child is delivered.   Usually cerebral palsy is marked by difficulty controlling the body’s muscles or in coordinating those muscles. For instance, a person with CP may have difficult walking or may walk with a pronounced limp. They may also have uncontrolled muscle spasms. Often, because of these muscle problems, doing activities that others might consider basic tasks are difficult and sometimes painful. In addition, those with CP may have other impairments including “visual, learning, hearing, speech, epilepsy, and intellectual” ones.

How Cerebral Palsy is Diagnosed? 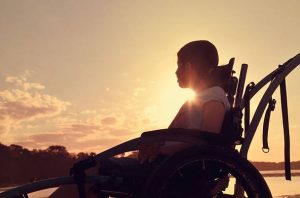 Unfortunately, there is not a single physical exam or blood test that can confirm cerebral palsy. In a “typical” cerebral palsy case, there is a twelve-step process to properly diagnose the child as truly having CP. These steps include:

As you can see, the first line of diagnosis comes from the parent. As you observe your child, you may notice that some of the developmental milestones are not being met. If your child is not reaching for things at around four months, sitting up by seven months, or walking by about fourteen months, then you may need to speak with your doctor. On the flip side, if some developmental milestones happen too early, then that could indicate muscle spasms, which may be a sign of CP. These include rolling over too early or choosing to use one hand over the other. In addition, muscle tone can be an indicator, particularly if the child is “stiff” with muscles that are too tightly flexed. This can also be seen with muscle tremors and shakes. Approximately half of all children diagnosed with CP also have seizures. If your child shows any of these, it is important to speak with your pediatrician about all of them.

How Cerebral Palsy can be Misdiagnosed

Because there is no direct test for cerebral palsy, it can actually be one of the most misdiagnosed of all childhood diseases. In fact, some cases have been misdiagnosed year after year for decades. Sometimes, the diagnosis is in the form of a false positive. Your child may be diagnosed with CP when he or she may not actually have it. One such famous case involved a man who was diagnosed with CP at the age of 20 only to find out that he had a different disorder at 30. Within one day of treating the newly diagnosed disorder, his symptoms were completely gone.

If your child is misdiagnosed as NOT having cerebral palsy when in fact he or she does have it, this can be due to the fact that there are other conditions with the same symptoms. However, these conditions are much more rare than CP. If your doctor does not properly diagnose cerebral palsy, then your child will not be getting the proper treatments and therapies that he or she needs. Although missing a diagnosis may sound like just an example of human error, this mistake can have huge consequences on the health of your child.

If you feel that your doctor may have misdiagnosed your child with cerebral palsy or not diagnosed him or her despite having the condition, then it is imperative that you seek out a second opinion and get your child the proper treatment. If your child has been misdiagnosed, then you should contact the offices of Wolf & Pravato. We are here to help you and advise you of your legal rights in such a matter.