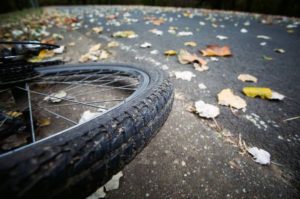 If you were riding a bike in Florida and were involved in a Florida bike crash caused by a motor vehicle do you know what to do? Florida’s no-fault law limits the ability of bicycle accident victims to take legal action against the at-fault driver. In order for an injured cyclist to file an action against the at-fault driver to recover damages outside the realm of no-fault insurance law, certain conditions must be met.

What is Florida’s no-fault law no Insurance?

Florida’s no-fault insurance law, also known as personal injury protection (PIP), states that regardless of who’s at fault, each driver, pedestrian, or bicyclist who suffers injuries in an accident must file a claim under their own auto insurance policy to recover the following expenses and losses following the accident.

What is the Florida Bicycle Accident Law?

In the event that the bicycle rider doesn’t have auto insurance, Florida bicycle accident law allows the cyclist to file a claim under the responsible driver’s auto insurance policy. In these cases, the injured bicyclist may be able to recover from the at-fault driver’s property damage liability (PDL) benefits, bodily injury coverage or other policy coverage. 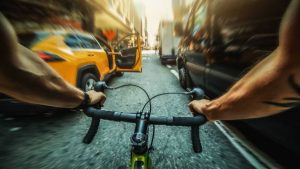 In order for a Florida bicycle accident to file an action against the at-fault driver to recover damages outside the domain of no-fault insurance law, the injured victim must have suffered a serious injury, like:

Because cyclists are exposed and don’t have seatbelts or a shield to protect them like passengers in a car accident, often accidents involving bicyclists result in serious injuries or even death to the cyclist. In the event where a loved one died as a result of the Florida bicycle accident, surviving family members may file a wrongful death lawsuit.

Contact Our Lawyer to know about Florida Bicycle Accident Laws

If you or someone you know was involved in a Florida bicycle accident with a motor vehicle, it’s important to contact an experienced bicycle accident attorney to help you understand the nuisances of Florida’s no-fault laws.

We also help the victims of a bicycle accident in the following cities: