In June of 2015, Natasha, a mother of two, was sitting at a red light on Atlantic Boulevard in Broward County, Florida.  A distracted driver crashed into the rear of Natasha’s car at nearly full speed, totaling both vehicles.  The investigating police officer noted that she sustained “incapacitating” injuries, and paramedics transported her to the Emergency Room at North Broward Medical Center. The ER records reflect injuries to her neck and back.

Although her back improved over time, Natasha’s neck symptoms continued to worsen. She diligently attended physical therapy and followed all of her doctor’s instructions. However, despite the best efforts of her doctors and therapists, which included injection therapy, the pain never let up. Months after the collision she continued to have pain, numbness, headaches and other symptoms. An MRI of her neck revealed two fairly small herniations, the size of which defense experts would later seize upon in arguing Natasha’s injuries were minimal. Nonetheless, her physicians were concerned over her progressively deteriorating condition.  For this reason, a spinal surgeon recommended cervical spine surgery.  In October of 2015, Natasha presented to an outpatient surgery center, where a spinal surgeon performed a two-level anterior discectomy and total disc replacement at C3-4 and C4-5. Please contact our Fort Lauderdale personal injury lawyer at the Law Offices of Wolf & Pravato.

Prior to this horrific accident, Natasha was near the end of her college studies to become a medical assistant.  Due to her surgery and lengthy recovery, Natasha had to postpone her internship, which was the final step toward finalizing her degree. Natasha’s life was severely impacted by this accident, as were the lives of her small children.  Luckily, the surgery went extremely well and Natasha received the physical relief she needed and deserved.

Our Lawyer Help in Your Car Accident Lawsuit 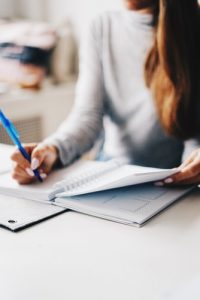 Senior partner Richard Pravato demanded that the negligent driver pay their full policy limits of $500,000 to Natasha.  After the insurance carrier evaluated Natasha’s claim, the defense offered only $150,000 to resolve the case pre-suit. Richard Pravato and Brett Yonon of the Law offices of Wolf & Pravato, PA filed a car accident settlement in Broward County on Natasha’s behalf.  The defense left no rock unturned in their efforts to avoid paying Natasha fair compensation for her injuries, as they retained private investigators to follow her and her children, combed through her entire medical, employment, financial, and insurance history,  and spent thousands of dollars hiring well-credentialed medical experts, including an orthopedic spinal surgeon and a radiologist. The defense medical experts honed in on the minimal MRI findings, opining that there was no indication for the pain she was experiencing, that her MRI finding was “normal” and that her surgery was unrelated to the collision. However, through diligent research of the various medical issues by our Fort Lauderdale car accident lawyer and very skillful deposition questioning of these doctors, we were able to neutralize the defense medical experts.

Contact the Law Offices of Wolf & Pravato for Help:

After over a year of litigation and with a week-long trial was just a few days away, Brett and Richard finally received a new offer to settle the case at almost 2 ½ times the pre-suit offer; $375,000 in exchange for a full and final settlement.  After a great recovery from the surgical procedure, Natasha felt the offer was fair and accepted.  Brett Young, who handled a large portion of the litigation, said, “Natasha’s life was turned upside down by this collision, and although she was terrified to have surgery, the amount of pain she was in was unbearable. Thankfully her surgeon did a great job and Natasha took her recovery very seriously. In the end, I am thrilled that we were able to get Natasha the compensation for the car accident injuries that she deserved.”

We also help the victims of a car accident in the following cities: