The 5 Deadliest Infant Product Recalls of All Time 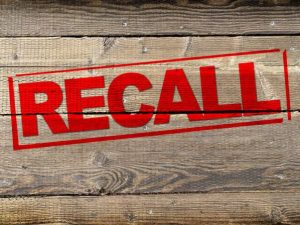 Products are recalled in this country on a regular basis. It seems like a week doesn’t go by that there is not some mention or update about a product being recalled for safety concerns. E. coli or listeria scares and vehicle malfunctions have become so routine that some people don’t pay them the close attention they deserve. When a recall impacts children, however, it garners much more attention. These are the most helpless among us and products that injure them are especially heinous. In the past decade or so, there have been five substantial recalls of infant products that are amongst the deadliest in U. S. history.

From 2009 to 2011, there were a series of recalls involving drop-side cribs that had led to injury and deaths (http://www.consumeraffairs.com/baby-crib-recalls). Perhaps the most famous was a style of crib manufactured in China by a company called Simplicity, which recalled 400,000 cribs in July of 2009 following the death of an 8-month-old infant in Texas. The child died from suffocation due to a malfunction in the detachable side. This side could break and then create a gap between the crib and the mattress. As happened in the Texas case, a child could easily slip into this gap and be suffocated. What was most alarming was that this was not the company’s first recall or safety issue. In 2008, the company had to recall over 600,000 cribs for the same issue. In 2007, two children became trapped and suffocated in their cribs leading to a recall of one million Simplicity cribs (http://content.time.com/).

In 2008, China recalled 700 tons of baby formula following the death of one child. In addition to this one fatality, over fifty other children developed kidney problems as a result of drinking tainted formula. Corruption and corner-cutting had led the company in question to try to boost the protein values on their baby formula by adding melamine, a cheap additive. Unfortunately, melamine is a chemical used in the making of plastic and is quite toxic. (This was the same chemical that had been found in 2007 to be present in cat and dog food leading to the deaths of fourteen pets and a recall of over sixty million cans of pet food.) Chinese officials actually sentenced two men to death for their roles in this hazardous product (http://content.time.com/).

In 2010, Infantino issued a recall of their “SlingRider” and “Wendy Bellissimo” brands of baby slings following the death of a week-old infant in Oregon. The child died of asphyxiation that was attributed to being carried in the sling. This led to a recall of approximately 1 million slings in the U.S. alone. In addition to this tragedy, the U.S. Consumer Product Safety Commission issued a warning about these and other baby slings after finding fourteen infant deaths attributed to these products. Health Canada issued the same warning after finding three Canadian infants had died in these slings.

Just last year, Graco issued a recall of almost five million strollers due to problems with a faulty hinge. The hinge located on the side of the stroller was pinching the fingers of infants in the stroller, causing some truly horrific damage. At least 11 infants were injured in these strollers and received injuries ranging from lacerations to actual finger and finger-tip amputation (http://time.com/3598239/graco-strollers-5-million/). 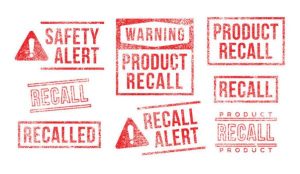 In 2001, Aqua-Leisure recalled 90,000 baby floats over a defect that could cause them to rip or tear, exposing a child to drowning risk. From 2003 to 2008, the company received multiple complaints about another defect involving a seat that allowed children to slip underwater and become submerged. The company, however, did not recall these products until 2009. When they did, the recall included 4 million inflatable devices. The company was also fined $650,000 by the U.S. CPSC for failing to report the issues in a timely manner.