People around the world use text messages for their personal and professional lives. In just the United States, a billion or more such messages are sent every single day (mobile app stats). However, not every text is from a loved one or colleague. Businesses use them to sell and market their products and services. Spam texting is becoming an issue that is becoming worse. Not only is this issue annoying for users, but it can prove costly for anyone with a prepaid cell plan or with carrier chargers per text. This is why expert text message lawyers like the law offices of Wolf and Pravato are advocating for clients tired of unsolicited text messages. 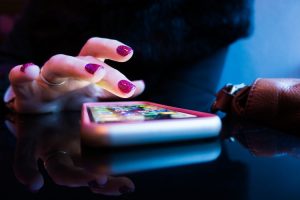 Federal law offers consumers some level of protection from unsolicited messages. For example, the Telephone Consumer Protection Act (TCPA) aims to cut back on such spam. This Act bans businesses from sending unsolicited messages using autodial technology, even if someone has not placed their number on a Do-Not-Call registry. There are some exceptions to TCPA. For example, consumers can give their consent to receive messages and messages sent for emergencies messages are also deemed acceptable.

Under TCPA, each message deemed spam texting can cost between $500 and $1500 per text. Thus, if a business sends an individual four unsolicited text messages, the damages could be as little as $2000 and as much as $6000. The amount of damages is based on how much the defendant knew before sending the message. Individuals who made a mistake may be charged less than those who knowingly sent spam.

A texting class action attorney takes multiple people who have been affected by unsolicited messages and joins them together. Experts like Richard Pravato work for people who meet specific criteria and have been affected by unsolicited text messaging. More and more people are affected by spam texting. TCPA violations are becoming normal. The law offices of Wolf and Pravato fight to end corporate violations through class action or spam text lawsuit. Not only will individuals get the damages they deserve but corporate practices might change when their profits are

The Role of the FCC

There is a federal organization focused on enforcing TCPA and dealing with a texting lawsuit: The Federal Communications Commission (FCC). There are rules in place to spell out how to best follow TCPA and to identify if a business or individual has broken its terms. Since unsolicited texts have become commonplace, the FCC has focused on enforcing TCPA to protect consumers. Texting lawsuits can be focused on one defendant, five defendants, and more. There are even complaints towards the websites that text messages sent people to.

An experienced text message lawyers understands if TCPA has been violated. For example, a Plaintiff in California, Monique Perez, made a complaint against General Motors Financial Company. Perez said that the defendant violated her privacy. TCPA is built so that people do not get autodial or computerized calls and texts to their private homes unless they have explicitly agreed to this. This gives consumers a voice about who can call them, and it also ensures their phone number is kept private.

TCPA can be violated in other ways too. For example, there is a class action lawsuit against Burger King Corporation because their texting marketing practices were seen as invasive. The class-action lawsuit is focused on anyone who received fax advertisements without agreeing to the communication. TCPA asks for telemarketing materials to have a clear opt-out notice on them. Similarly, there is a class action lawsuit against the Coca-Cola Company. Plaintiffs Bryan Robbins and Marvin Feiges say that the company sent unsolicited SMS text messages. Another business to allegedly violate TCPA was Things Remembered, which sent thousands of unsolicited messages.

Debt collectors can be aggressive when looking for people to pay old bills and debts. However, consumers are protected under TCPA. If a debt collector is sending spam messages or mailings, they could be found liable under the Act. The same goes for credit card companies or if a consumer co-signs a loan that then goes into default.

The law offices of Wolf & Pravato want to protect consumers and understand how to win a texting lawsuit. There are many businesses that have violated the terms of TECPA by sending unsolicited text messages and other communications. Consumers have rights. Without these lawsuits, corporations can end up sending thousands of spam messages to people. This is overwhelming and can end up costing people a lot in cell phone charges. TCPA lawsuits are meant to change the way businesses communicate with people around the world. Instead of sending marketing materials to any number they have, TCPA asks businesses to consider consumers’ rights. Thanks to this Act, people should always be able to opt-out of texts, and businesses need consumers’ consent before sending them messages.