It should go without saying that as teenagers strive to assert their independence, their parents find it difficult to cut them loose and give them freedom. This is most seen in the issue of teens and driving. It is a parent’s worst nightmare to receive a phone call informing them that their child has been injured or killed in a car crash. But, unfortunately, that happens all too often. According to the Centers for Disease Control, over 2300 teenagers died in car crashes in 2015 and over 220,000 were treated for crash-related injuries in local hospitals. It is ridiculous to think that you can lock your child away and protect them forever. But how can teen drivers avoid the mistakes that are so common amongst their peers? 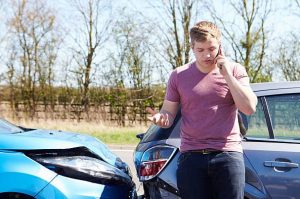 Speeding—Perhaps the biggest mistake that many teens make is speeding when they drive. For new drivers, it is harder to gauge just how fast you are going. You may feel like you are obeying the speed limit, only to look down and realize that you are way over the limit. It is also harder for new drivers to gauge how long it will take you to stop if the car in front of you were to slam on brakes suddenly.

Inattention—Not paying attention isn’t just a problem for teens in the classroom. Constant vigilance is necessary to properly operate a vehicle. If you are driving, then you should be checking your speed, the road ahead of you, your mirrors, and the cars around you including your blind spots. This is hard to do if you are not paying proper attention and are getting distracted by passengers, the radio, or your cellphone.

Texting and driving—This is a newer phenomenon, but one that is definitely making roads more dangerous. Many teens think that if they just glance at their phone, they aren’t doing anything wrong.  But if they glance down for just a few seconds, they are missing a myriad of things going on around them including other cars stopping in front of them.

Failure to wear a seatbelt—It goes without saying: seatbelts save lives. Whether they think it is not necessary, or they think that an accident will never happen to them, teens who get in wrecks without a seatbelt are less likely to walk away from the wreck. According to the CDC, more than half of teens who died in car wrecks in 2015 were not wearing seatbelts.

Contact Us at the Law Offices of Wolf & Pravato

Parents have a right to be worried about their teen drivers. But, they don’t have to be overprotective. As long as teens follow the rules of the road and take care to follow these tips, then they will hopefully be much safer on the road. Contact Miami personal injury attorney