The Shocking truth about using pesticides at home

Every day, thousands of American families have their homes fumigated or treated for insects without giving it a second thought. Many of us are used to the invoice or bill slipped under our door while we are gone informing us that the exterminator stopped by to spray our home. We feel that it is just a part of modern life to hold the bugs like roaches and termites at bay. But what many people only learn tragically is that the fumigation process can actually hurt your family. 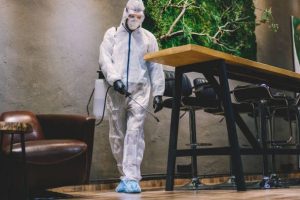 Brain Injury –Recently, a Palm City, Florida, the family had to suffer the realities of this potential home hazard. Ten-year-old Peyton McCaughey was severely sickened by the fumigation of his home by a Terminix subcontractor. This fumigation was meant to rid the home of termites, but it, unfortunately, led to all of the McCaughey family becoming very sick with profuse vomiting. Peyton, however, had the worst reaction of anyone to the Sulfuryl fluoride used by the exterminator. Peyton became unable to stand or speak without difficulty. After being seen by a doctor, his parents learned that the home fumigation might have caused his sudden disintegration. After weeks of hospital treatment, Peyton can barely speak and has lost approximately 90% of his motor skills. A similar case occurred last year in the U.S. Virgin Islands where a vacationing man and his sons became seriously ill from methyl bromide, a substance that is illegal to use in the United States.

Lung Problems —A recent study from the Centers for Disease Control and Prevention (CDC) showed 111 instances of people being injured from inhalation of bug spray and other insecticides used in the fumigation process to treat bed bug infestations. Since many of these insecticides are inhaled, the problem often manifests in the lungs with difficulty breathing. Those with asthma, particularly children, are likely to have more problems than others. In addition, people exposed to these chemicals reported dizziness, nausea, and vomiting.

Wrongful Death  –Sadly, brain injury and lung problems are not the only issues associated with improper use of insecticides with fumigation. The CDC report cites the death of one elderly woman in North Carolina who was already in poor health. Another woman, living in Georgia, died after being exposed to an industrial-strength agricultural pesticide that a family member sprayed in her home. The misuse of such a heavy chemical in a residential building led to her death and a hazmat team being called out to secure her home so that others were not injured.

Is fumigating your home making you sick? 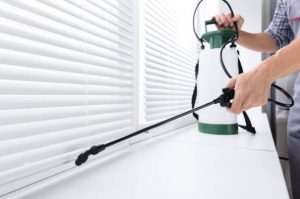 Pesticides can be dangerous, not just to the bugs they are meant to kill, but to the very humans who are spraying these chemicals in their homes. As such, it is important to know the risks you carry by having fumigation performed and what your rights are regarding the use of certain types of pesticides in your home. Failure to do so could lead to tragic consequences to a loved one. That is why it is important to know about your rights under the law if such an event occurs. If you or a loved one has been injured due to fumigation, please contact the personal injury lawyer Florida at the law offices of Wolf & Pravato so that you can learn about your rights and get the help that you need.