Between 2010 and 2012 Florida had 329 fatal bicycle accidents. In 2013, 7,400 pedestrians and 6,500 bicyclists were struck by motor vehicles. One problem is that the laws in place today to protect cyclists are archaic. But that might change.

A new bill in Florida is moving forward with the hopes to keep bike riders and motorcyclists safer on Florida roads. The bill will require cars to keep a 3-foot distance when passing a bicycle on the road. That includes any attachment or part of a vehicle, such as a trailer or side mirror. The legislation also makes it a misdemeanor to taunt, harass, or throw anything at someone riding a bicycle.

In November of 2014, the Florida town of Lauderdale received a $100,000 grant from the Florida Department of Transportation and the University of South Florida Center for Urban Transportation. The grant was used by the city to pay officers overtime for implementing a pedestrian and bicycle safety program. Similar programs have been introduced by the Sheriff’s Office in cities such as Pompano Beach, Dania Beach and West Park, as well as by Coral Springs. For more help contact our bicycle accident lawyer in Fort Lauderdale at The Law office of Wolf & Pravato.

According to the department of transportation in Florida, Broward County ranks as the county in the state of Florida when it comes to pedestrian and bicycle fatalities.

Nationally, bicyclist deaths account for around 2% of deaths involving motor vehicles nationwide. In Florida that percent is much higher at 5%. California, Florida, Illinois, New York, Michigan and Texas, accounted for 54% of all cycling traffic fatalities from 2010 through 2012.

A top scientist at the Insurance Institute for Highway Safety, analyzed fatality data to uncover bicyclist crash patterns and noted “remarkable changes” in who is dying in crashes involving bicycles and cars. Some patterns he observed were:

What Can Be Done?

When roads were first built, they were built to accommodate motor vehicles with little concern for pedestrians and bicyclists. It’s been challenging for motor vehicles and bicycles to share the road. A cycle path provides the safest way to keep bicyclists safe by providing a physical separation between the two. But in their absence, Florida cities should consider: 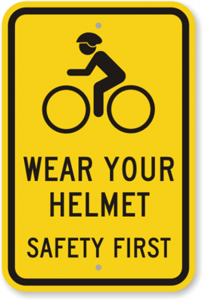 Bicyclists should always take precautions to protect themselves in the road, such as:

If you or a loved one has been injured in a bicycle accident, contact the law offices of Wolf & Pravato to schedule a free consultation with one of our West Palm Beach bicycle accident lawyer.