How to Dispute a Car Accident Fault?

If you have been wronged in any kind of vehicle accident or you believe you have been blamed inaccurately for causing a crash, it’s never too late to stand up for it. You can dispute liability to ensure a fair verdict on your car accident claim.

If you are keen to know how to prove you are not at fault in a car accident, let us tell you a fact that fault is not always an issue. There are many factors that come into play. Let’s discuss it all in this blog post.

What Happens If Both Drivers are At Fault in an Accident? 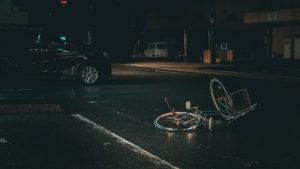 For instance, if you are residing in a no-fault car insurance state, finding out the fault would be irrelevant to car accident injury claims by statutory design. This is because, in a no-fault scheme, the policyholder will first gather compensation for the losses incurred from his or her insurer. The accident fault determination rules do not hold any water in a no-fault state except in rare circumstances.

So, how to dispute an insurance claim against you? Specifically, the injuries must meet a certain threshold to step outside of a no-fault zone and make a liability to claim directly against the driver at fault.

How to Appeal a Car Insurance Claim Decision?

Let’s say if you are involved in a car crash in one of the fault-based car insurance states, and the insurance company (either yours or the other driver) denies your claim because they inappropriately consider you at fault, you can immediately contact the insurance company via phone or in writing that you dispute their finding of fault.

The conflicting stories of car accidents and crashes often end up causing the wrong person to be at fault. Your insurance company will probably come out with many determinations to deny your claims.

For instance, if the determination of the insurance company is based on the fact that you received a traffic violation in addition to the accident or if the company has made a determination on the police report issued in the wake of the accident, you have the right to fight the ticket in court and/or attempt to speak with the investigation officers to validate your side of the story. In case if you disagree with the police report, you may as well get an opportunity to amend it.

Car Accident no one Admits Fault

The chances are that your case will turn into a car accident no one admits fault. However, voicing your disagreement will lead to further investigation that could result in revised findings. Sometimes the basis of your disagreement ends up creating important records further down the road. Also, some insurance companies maintain internal policies given disputed fault investigations. So, the chances are that you may be asked to give a statement or present your story in front of an insurance adjuster. In this case, you must know your rights as you don’t want to make any such statement that may come in your way to recover your claim. In case, if you are disputing liability, you can get a lawyer involved on your behalf even if it is just in an advisory capacity.

How Can You Protect Yourself?

Proving fault for injuries or accidents begins at the scene of the car accident. If you have minor injuries and it is safe to act, get the names and contact information of any witnesses who saw any part of the crash. Take photos of the positions of damage to the vehicles (of both parties), accident debris (if any), skid marks, or any relevant part of the scene you can. Next, contact any law enforcement officer nearby the scene to write up a report. If you are injured, get prompt medical attention as soon as possible. In this case, the insurance company won’t have any say that you waited too long for the treatment.

When Do You Need a Car Accident Lawyer?

To be honest, car insurance companies usually take lawyers more diligently than they do people. Also, companies are less likely to keep attorneys hanging around. If you are not backed up by an attorney, the chances of you being bullied or ignored by an insurance company are much higher. The best you can do is discuss your situation with a fine car accident lawyer, especially when you are disputing fault. Should you need any help, you can contact us at the Law Offices of Wolf & Pravato.