Do You Pay Taxes on Settlements?

Legal conflicts between people and companies tend to culminate at a mutual point where everyone is ready to negotiate.

A settlement is reached between two parties when they finally agree upon a certain sum of amount which the defendant is liable to pay. The plaintiff is often under the impression of receiving this compensation and making its way out, but that might not always be the case! One question that is always stuck in our minds is— do you have to pay taxes on a settlement? 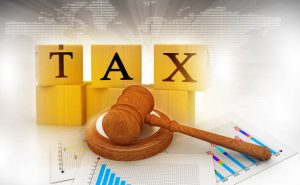 According to the US Internal Revenue Services, this settlement payment is likely to be taxed depending on the origin of the claim. The nature of the lawsuit plays a vital role in deciding whether the settlement is subjected to taxation or not. The circumstances of the case also drive the underlying cause of the claim being made.

Although the provisions may vary for each case, the US IRS has set out specific guidelines that govern such cases in a generalized way. Let us dive into it.

Do You Pay Taxes on Lawsuit Settlements?

More often than not, all the employment-related claims, including the settlements for unpaid wages, are taxed by the IRS. The payment is often subjected to taxation for the total amount and is considered to be an additional gross income. On the contrary, the payment you receive for some destroyed capital – especially in the cases of accidents – is not taxed. 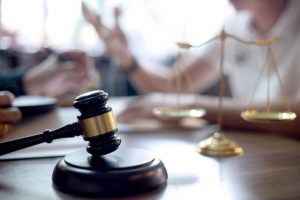 Personal injuries also stand as an exception to the settlement payments that the officials otherwise tax. Claims for physical sickness are kept away from the taxation rule with the particular section 104 of the internal revenue code. For terming an injury to be physical, you must present the observable bodily harm, including cuts and bruises. These marks ensure that the damage has been significant.

There is also a partial taxation relief in certain employment lawsuits where the employees’ health has been impacted in some way or the other. Whether becoming physically sick or the worsening of an already-existing illness— any of these can lead to limited liberty in the taxes. It is often best to consider a professional Miami personal injury lawyer if you face any confusion concerning your settlement taxation.

While most settlement cases are categorized as taxable or non-taxable, based on the set rules, there are various other aspects associated with it. While answering to questions like – do you have to pay taxes on a lawsuit settlement – the intensity and degree of such factors vary. This is how all lawsuits are unique in themselves.

It is interesting to note that the compensation received based on the claims made for emotional distress or anguish is often taxed by the IRS. This tax liability is dropped only when a physical injury is proved in the court, making the settlement non-taxable.

Legal matters are likely to take years before they finally come to a resolution. At times, even after getting a favorable verdict, the plaintiff does not get the required settlement payments due to the appeals put up by the defendant.

This delay is often translated into an additional amount of money called interest. The plaintiff getting the gross amount will also be taxed on the interest added over time.

In an attempt to punish the defendant, punitive damages are claimed alongside the payments for injury settlements. These are not paid for compensating the damages caused to the victim and are taxed by the US IRS.

Circumstances like a breach of contract that land you in a physical injury are likely to be taxed by the officials since the origin of the claim is non-injury itself. This is the reason why the settlement payment received by the plaintiff here is considered as his additional income and, thus, is subjected to taxation.

Lawyers that are instrumental in bringing a case to mutual settlements are often paid on a contingency fee basis. In this way, they get a share of the total amount to be paid to the plaintiff.

The fee paid to the attorney is counted as a part of the total payout, which the IRS taxes. This is how the lawyer fee also becomes a part of your taxable income. To know how much tax you pay on settlement money, it is best to get in touch with a professional attorney who can guide you through the process.

Contact Our Lawyers at The Law Offices of Wolf & Pravato

You are not alone in facing difficulties with the settlements being taxed by the governing authorities. Our dedicated teams at Law Offices of Wolf and Pravato bring their long years of experience to the table and strive to provide best-in-class assistance on your legal matters.

Reach out to us today or get a free attorney consultation at (833) 704-4878 and get started on your legal journey with ease!