When a big corporation or manufacturer releases a dangerous product to the public, thousands of people may get injured. While each victim has the right to file an individual claim against the company, the more common approach is for plaintiffs to join forces.

Most people have heard of Class Action lawsuits but are less familiar with the term Mass Tort. Sometimes the two terms are used interchangeably, but they’re really quite different. Although both lawsuits involve a large group of plaintiffs, the big difference is how these groups are treated in the court of law.

With mass torts each plaintiff, even though they are part of a large group, is treated as an individual. That means that for each plaintiff certain facts need to be established, including anything individual or specific to that particular plaintiff. This also includes the particular damages that person has suffered as a result of the negligent actions of the defendant. Mass tort litigation typically involves defective medical devices and pharmaceuticals

Mass tort claims may be brought when multiple plaintiffs are harmed by a similar wrong. Typically, the individual cases of many plaintiffs are consolidated in one court or before one judge. Investigations related to the defective product are conducted just once by the group, rather than many times by each separate plaintiff.

Mass torts make it possible for plaintiffs to get justice efficiently and without tying up hundreds of courts across the country by hearing variations of the same case.

On the flip side is a class action lawsuit where the large group of plaintiffs, known collectively as the class, are represented by a person who stands in for the rest of the class, called the “class representative.” This means all members of the class are treated as just one plaintiff, and not separately. Class action litigation typically involves consumer fraud or defective products and a single lawsuit is filed with multiple plaintiffs – sometimes hundreds or thousands of plaintiffs against the company. 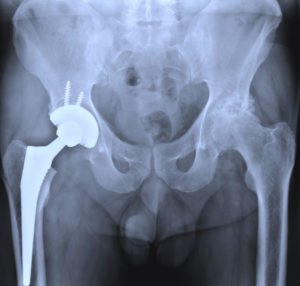 In order for a class action to be formed, the plaintiffs must have all been harmed in similar ways by the same defective product. There are threshold requirements that need to be met in order for the federal courts to certify a class action. They are:

Class actions make it possible to sue when it would not be cost-effective or practical for each plaintiff to file a separate case.

At the law offices of Wolf & Pravato, our attorneys play a pivotal role in shaping the outcome of class action and mass tort lawsuits across the country. Over the last two decades, Wolf & Pravato has fought for numerous clients in the South Florida courtrooms, earning the reputation as one of South Florida’s top law firms capable of winning intricate and challenging, mass tort and class action litigation with a creative, innovative approach.

The following are among our class action lawsuits and mass tort department’s top investigations:

Before joining a class action or before your case is consolidated as part of a mass tort, it is important to understand your rights. The experienced South Florida personal injury lawyers at the law offices of Wolf & Pravato offer free consultations to help you determine the best way to take legal action. Our attorneys can evaluate your case and provide answers to questions including:

A mass tort is a solitary unjust activity that makes injury a wide range of individuals. These harmed individuals can meet up in a solitary mass tort claim, looking for equity for their different wounds against only one litigant (or perhaps a couple).

A legal claim is a legitimate activity documented against a respondent by a gathering of people. It is intended for circumstances in which numerous people have endured comparative wounds because of the litigant’s activities.