Lane splitting has been a significant matter of discussion in recent years. With motorcyclists switching their lanes in high-traffic zones, it has become essential to get the legal aspect into the picture for highlighting the possible threats involved. 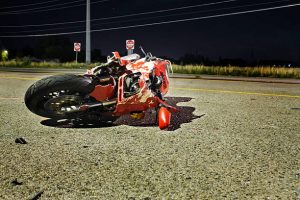 States like Tennessee and Florida still uphold the initial decision not to allow two-wheelers to split lanes. On the other hand, various states have chosen to differ and have made lane splitting legal for the better!

Before getting into the states that allow lane splitting and finding an answer for— can you split lanes on a motorcycle, let’s understand what lane splitting is all about.

What is Lane Splitting?

When a motorcyclist passes one or more vehicles in the area between two lanes of the road where the road line is painted, it is known as lane splitting.

It is legal in a few areas and illegal in others, based on specific regulations applicable to the country. Typically, motorcyclists use lane splitting to avoid stopping in heavy traffic. The speed of the motorcycles involved is also instrumental in deciding their overall safety.

Many believe that switching a road lane tends to protect the motorcyclist more than harming him. With the already slow speed at which the vehicle is likely to move during high traffic, there is a potential risk of cars hitting the back of these motorcycles. In such cases, it is beneficial for motorcyclists to split their lanes well in time.

Studies have also suggested that lane splitting can result in safer and more favorable outcomes for motorcyclists. As a traveler, currently, you can only split your lane legally in California while the rest of the states in the US are yet to give allowance officially.

States that have legalized lane-splitting for motorcyclists have also helped to avoid heavy traffic on their roads. This is also an immensely effective technique for managing road safety while minimizing the rate of accidents.

What States can you Lane Split on a Motorcycle?

Due to the numerous debates held over the issue, not all states have given their thumbs up on the decision. They still consider lane splitting illegal while viewing it as wrong for motorcyclists to switch their lanes.

Some of the states that have made it legal for motorcyclists to split lanes include California, Hawaii, Arizona, Connecticut, Washington, Virginia, and Utah.

Apart from lane splitting, travelers also sort to lane filtering during their crossing of high traffic areas. Lane filtering refers to a motorcyclist speeding its way through slow-moving or stationary traffic. 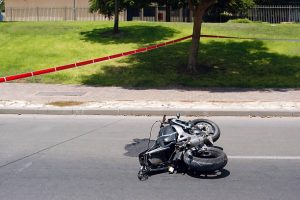 There are various aspects associated with lane splitting that one must always be mindful of. When on the road, you ought to be even more careful while driving a two-wheeler. More often than not, lane splitting can pose a potential risk for both motorcyclists and car drivers.

It is also essential for you to be reasonable when driving on the road. Your extra fast speed can possibly affect others involved on the road as well. This is why you should be considerate and understanding towards those around you. To answer people on the question — can you lane split on a motorcycle, it is yes. You can split lanes on a motorcycle but only in selective states.

The CHP’s Motorcycle Safety Program issues various guidelines for people to clarify and follows them daily. Some of the most highlighted guidelines include:

Contact Us at The Law Offices of Wolf & Pravato

At the Law Offices of Wolf & Pravato, we strive to provide you with an enriching experience and serve you with top-notch legal guidance. Our dedicated personal injury lawyers in Fort Lauderdale make sure that you have a seamless journey from the time we start your case. Get in touch with us today and explore the legal domain in-depth!