Holiday Drinking and Driving Crack Down

Deputy Administrator Friedman for the National Highway Traffic Safety Administration (NHTSA) says, “This holiday season, don’t make the selfish and deadly choice to drink and drive.” The annual “Drive Sober or Get Pulled Over” holiday crackdown sponsored by The U.S. Department of Transportation and NHTSA has gone high-tech this year with the launch of the new mobile app, SaferRide, designed to help people who have been drinking get a secure ride home. 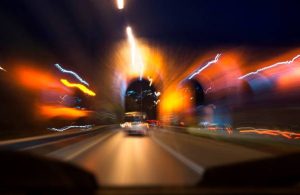 The SaferRide app allows intoxicated users to call a taxi or friend and gives their location so they can get a ride and stay off the road. This free app was made available on December 16, 2014 for both Android and Apple mobile devices.

In addition to the app, the NHTSA has published new data showing a 2.5 percent decline in drunk driving deaths in 2013. While this is good news, the fight against drunk driving is far from over. Last year, even with the decline, 10,076 people died in crashes involving a drunk driver. That’s one death every 52 minutes. Last year, December had the lowest number of drunk driving fatalities with 733 lives lost which may be accredited to the Annual Holiday Drunk Driving Crackdown program.

This year’s crackdown starts on December 15 and will continue until January 1, 2015 with over 10,000 police departments and law enforcement agencies out in full force with the goal of protecting the public and removing drunk drivers from our roads. The U.S. Department of Transportation (DOT) was given an $8 million dollar national advertising budget to make sure the word gets out about NHTSA’s Drive Sober or Get Pulled Over campaign.

It is against the law in all 50 States, the District of Columbia, and Puerto Rico to drive a vehicle with a blood alcohol concentration BAC of .08 or higher or for anyone under the age of 21 to drink and to drive with any BAC in their system.

Do your part this holiday season. If you are driving or plan on driving – stay sober. If you have been drinking or your designated driver has been drinking, don’t get behind the wheel. Use the SaferRide app to keep you, your friends, and other drivers on the road safe.

While the primary intent of the “Drive Sober or Get Pulled Over” campaign is alcohol use, this also applies to any other reasons for impaired driving, including drugs. This really is a reminder for all motorists that if you feel impaired – whether it’s from alcohol, another drug, or a combination – you are in no condition to be behind a wheel and should stay off the road.

In Florida during this holiday season, the Florida Highway Patrol joins law enforcement and highway safety agencies across the nation in their participation of the “Drive Sober or Get Pulled Over” campaign.

In 2013, nearly 20 percent of all fatal car crashes in Florida were alcohol related. During last year’s campaign, 421 impaired drivers were removed from the roads, preventing them from hurting themselves or others.

This year, be responsible. If you or someone you know has been drinking, do not let them get behind the wheel. Instead, take advantage of the SaferRide app and make alternative plans to get a ride home. This free app is currently available for both Android and Apple mobile devices.

If you see an impaired driver on the road, call *FHP (*347). This call could save a life. For more information call the Florida car accident lawyer.

Check out this classic “Drive Sober or Get Pulled Over” video: